What kind of living conditions would drive animals to eat each other alive?

These pictures from mink farms were taken during the summer and autumn of 2018 at four Finnish fur farms.

Two of the farms were in Närpiö, one in Korsnäsissä and one in Alajärvi. Besides these mink farms, the investigators also visited two fox and raccoon dog farms. One mink farm was visited three times, in June, August and October.

Some of the farms have been named as “top quality” farms by the fur farmer’s association and they have won prizes and recognition from the industry. The conditions for animals on these farms were the same as on any other farm. The images prove that problems like cannibalism and stereotypical behaviour are present even on the “best” and highest ranking fur farms.

Cannibalism at mink farms is most common during the breeding season in early spring, when the young are 1–2 months old. According to the fur farmers association, up to 5 % of the young mink die due to cannibalism. These investigations took place in late summer and autumn, which means that it was not the “cannibalism season”. 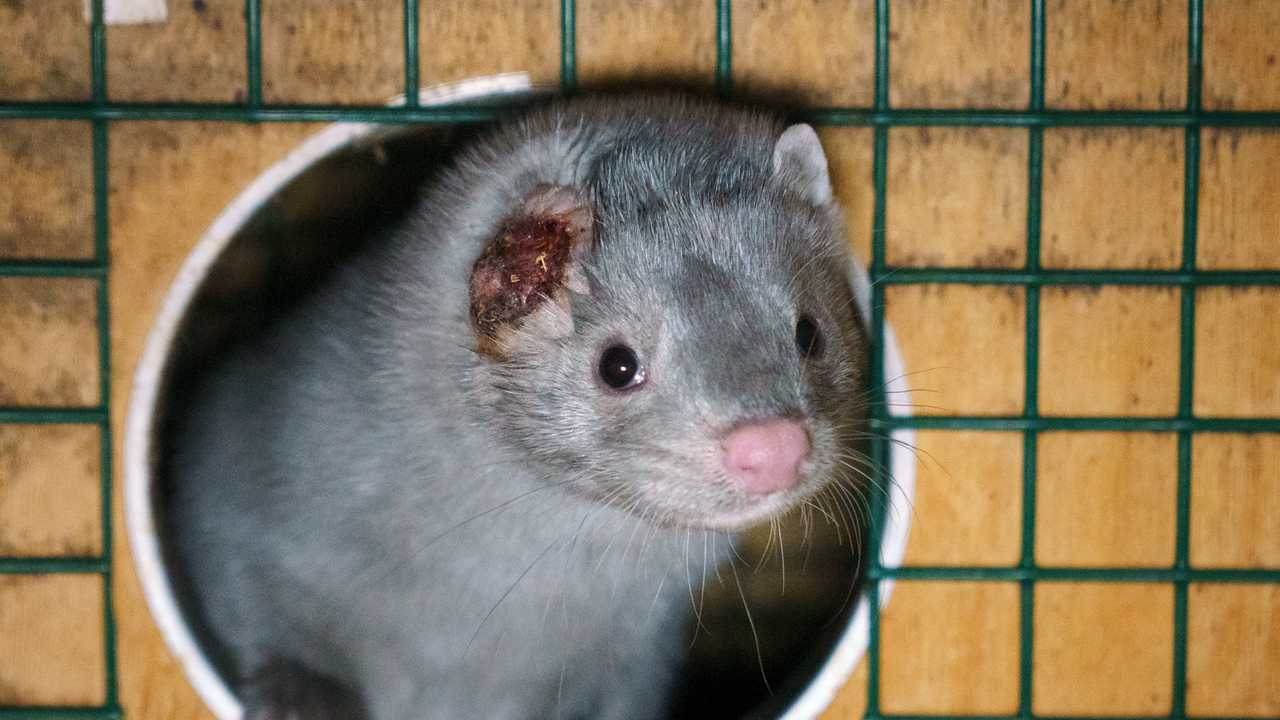 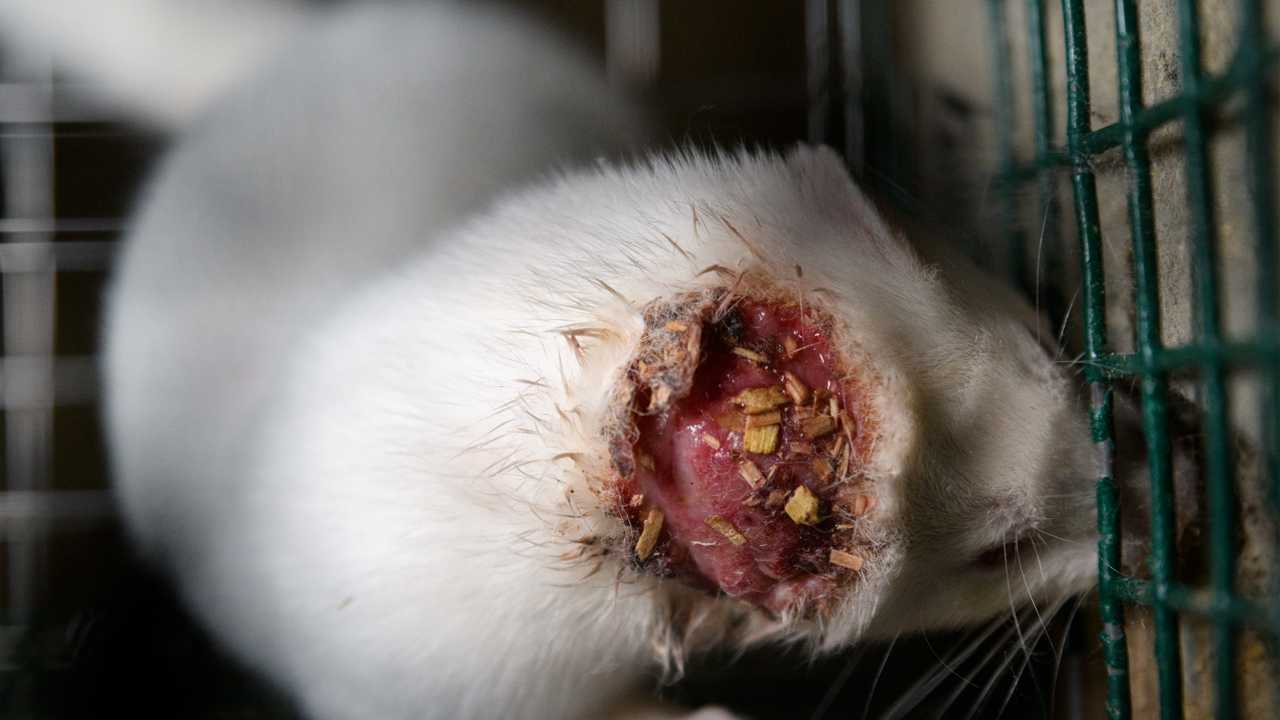 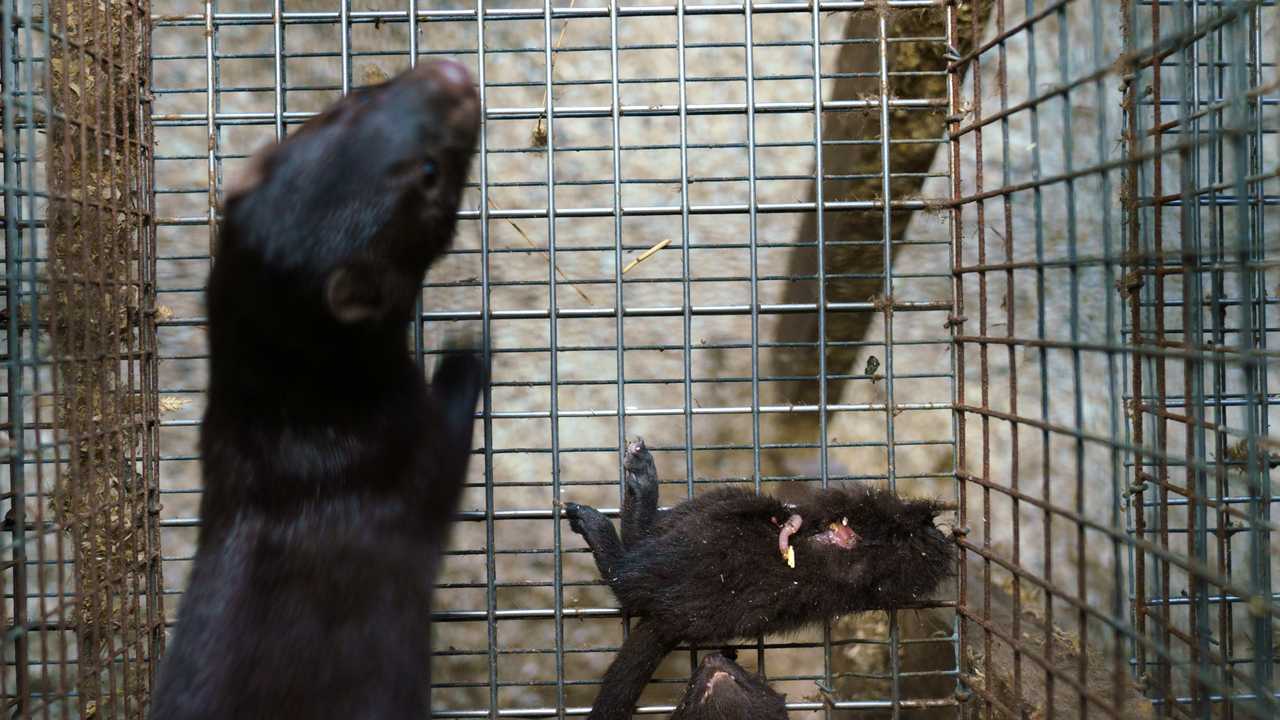 Images of animal suffering on Finland's fur farms have been released for 10 years, but the situation hasn't improved.

Almost all fur produced in Finland is exported. The pelts end up in Vantaa, where the Saga Furs sells them in the international fur auctions that are held four times per year. Previously Russia was the biggest purchaser, nowadays most of the pelts end up in China and Hong Hong. Some Southern European countries like Greece and Italy have also been among the biggest purchasers. Many of the pelts exported to these countries will end up exported again after they have been manufactured into clothes.

Saga Furs is also the marketing name of the fur auction company. Almost all Finnish fur is sold under this brand – with the exception of very few individual farms that are not members of the farmer’s association. Saga Furs branded pelts are used by well known fashion brands such as Prada, Louis Vuitton and Christian Dior to name a few.

Pictures taken from two of the mink farms show the Saga Furs logo on the breeding cards. Earlier investigations have shown images of over-sized “monster foxes”. The pelts from these farms were also sold at the Saga Furs auctions. This demonstrates that Saga Furs claims of “high standards of animal welfare” are nothing more than blatant whitewashing.

Nowadays most of the fur is used as fashion garments like jackets and shoes.

Those mink which are not eaten alive, will end up as garments for the fashion industry.

The animal welfare law is being renewed by the notoriously anti-animal Finnish government. Yet the new law is not bringing about any changes to the conditions on fur animals.

Investigations from Finnish fur farms over the years have shocked people everywhere. Last year Oikeutta eläimille published pictures of overbred, massive “monster foxes”, and the images made headlines all over the world. The parliament decided back in 2013 that the law regarding fur animals has to be urgently improved. However, the fur industry was against all improvements, and the governmental body working on the new law was shut down. The current government values profits from fur exports higher than animal welfare, which is the reason this suffering continues unchanged.

Keeping mink in small barren cages has been banned in several European countries, including Britain, Germany, Czech Republic, Austria, The Netherlands, Belgium, Luxembourg, Bosnia-Herzegovina, Spain, Croatia, Macedonia and Slovenia. The few remaining major producers of mink are Finland, Denmark, Poland, Greece and China. In Poland the government is discussing a new animal welfare law which would ban fur farming. Fox farming has been banned in Denmark and Sweden.

When the biggest countries producing fur are not willing to make any changes for the animals, it is up to individuals and companies. During the last few years many major fashion companies have stopped using fur. These include Gucci, Giorgio Armani, Lacoste, Michael Kors, Versace, Donna Karan and Burberry. Furfreeretailer.com lists more than 900 companies, that have decided to drop fur.

Some cities have also taken responsibility. For example San Francisco and Los Angeles have banned the sale of fur.

Fashion is not an excuse to animal suffering. Join us and demand responsibility from the fashion industry!